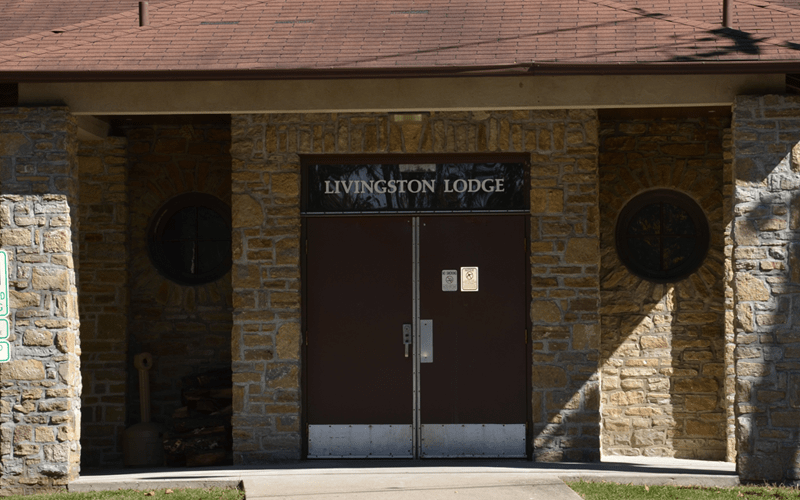 The Livingston Lodge is an historic landmark located in Indian Hill on north Given Road. This facility was once the recreation hall for Camp Livingston. This camp was originally named the Helen Trounstine Camp. Its name was changed in 1920 when H. S. Livingston established a memorial for his only son, Lt. Robert Krohn Livingston, who died during the influenza epidemic of World War I. Livingston’s father sought to establish a summer camp where children could experience growth and maturation in a trusting, caring environment. He equipped the site with barracks style buildings and funded the conversion of the land to athletic fields.

The Village of Indian Hill purchased this property in 1974. Although most of the buildings for the camp are gone, the Livingston Lodge still remains. Throughout the years, the lodge has maintained its rustic atmosphere which Mr. Livingston instilled in every building. This facility is now rented to the public (restrictions may apply) for various occasions.

*The expansive area behind the Lodge is perfect to accommodate tents or canopies creating the ideal setting for special dinners or weddings.

*Guests can provide their own food and beverages, including alcohol or use a catering service.